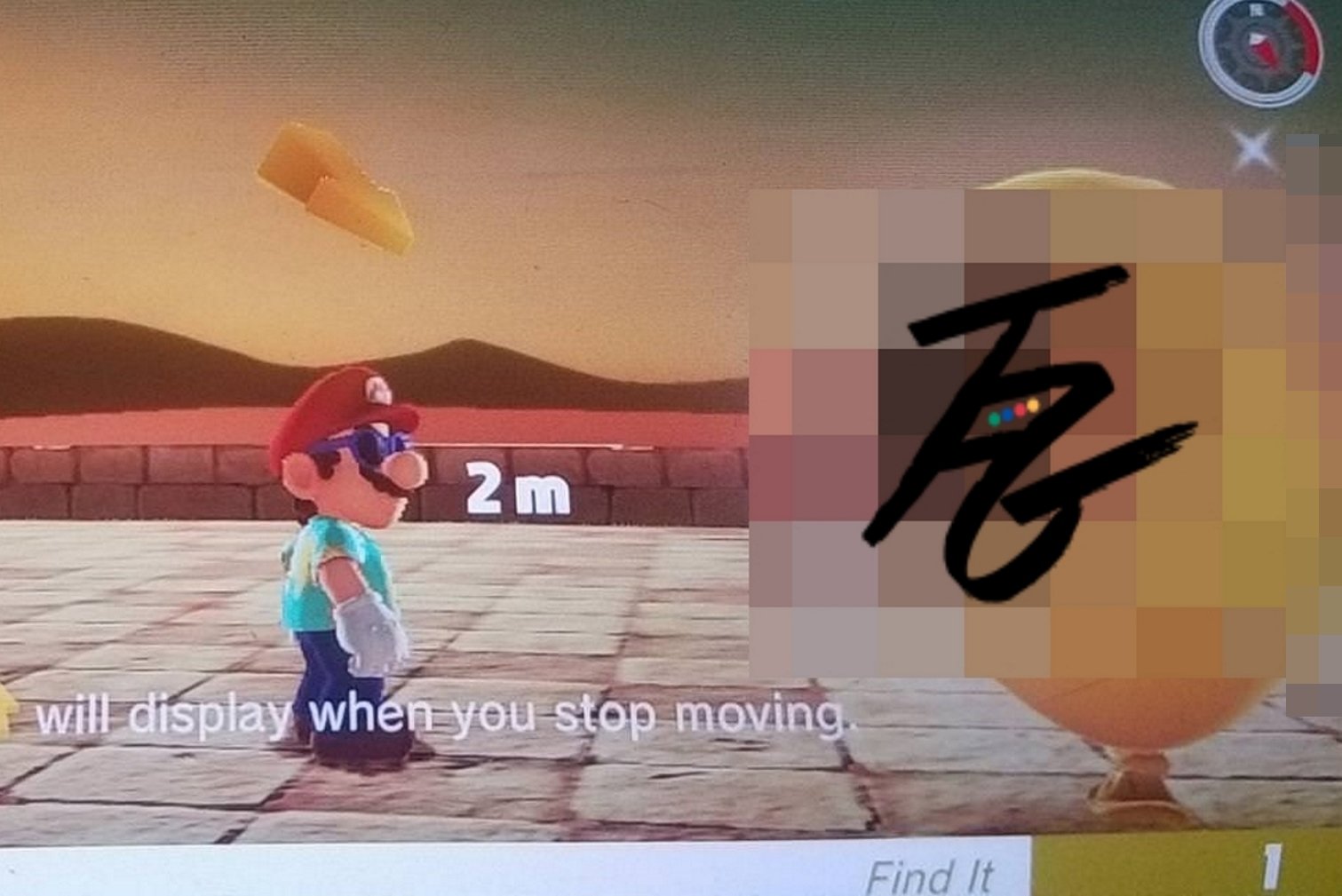 Over the last few days things have gotten quite exciting for the Nintendo Switch modding community, which recently got its hands on tools that allow for greater levels of device access and control. For example, unlike other online services which allow users to upload custom avatars (PlayStation for example), the Switch has a very limited, very short list of Nintendo themed visuals for players to select as their profile avatar. The pictures are mostly used for profile identification purposes, but in the case of Super Mario Odyssey, the images are used and displayed online. Odyssey features a post-game activity called Luigi’s Balloon World, in which players are given a limited amount of time to either hide a balloon in-world, or go seek one out. But by making use of a leaked devmenu (developer tool application), at least one user has been testing the limits of Odyssey‘s ESRB rating.

Since the devmenu leak just a few days ago, modders have been experimenting and seeing just what the tool is capable of. Among other functions, it allows users to upload their own custom profile pictures. Unlike the PlayStation profile picture system, which makes use of both PlayStation approved public facing images as well as privately uploaded pictures to be viewed by friends of the user, the single tiered system used by Nintendo supposedly results in the uploaded image being viewable by anyone on the network. This means that any NSFW images could be seen in the wild through Super Mario Odyssey by anyone playing the balloon games who chances upon them—E For Everyone indeed.

At this time it’s a little unclear as to how prevalent the issue is. It’s entirely possibly that two players have uploaded custom images as their profile pictures and swapped balloon codes, taken some pictures and proceeded to spin a story about “finding it in the wild” to cause a panic—it wouldn’t be the first time that homebrew and hacking community members cooked up a tall tale to mainline some publicity. To be fair, the issue doesn’t seem hugely widespread as only a couple of images documenting the NSFW content have cropped up so far. Hoax or no it appears that the ability to craft custom profile pictures is now available, and that the gauntlet has been thrown down. While Nintendo was eager to welcome more mature content onto the Nintendo Switch, this is most likely not what they had in mind. Hopefully Nintendo can get its house in order before the issue becomes too unassailable, an adjective one might erroneously use to describe The Goners’ E3 Podcast Supreme.